Bandungbaru Village is a village located in Pringsewu District and a village that has competitive potential and can be superior in Pringsewu Regency. Bandungbaru is the entrance to Pringsewu Regency from Central Lampung Regency. In the era of regional autonomy, the village is a very important part in determining the success of development and being in direct contact with the community, especially in public services. The village has a very decisive role because the success of implementing various government programs in Pringsewu Regency at all levels is very dependent on the preparation of planning based on data and information and the use of technology is very important in village progress, the use of the system is expected to be a good step for the progress of a village using smartphones and android applications Communication is one of the important things in describing something, such as as an intermediary for presenting something to the public. The use of the google maps application will make it easier for village officials and non-residents in Bandung Baru village to easily find locations and potentials in Bandungbaru Village. 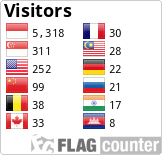